At SuperFilms! we tirelessly pursue the most timely, authentic, and complex stories. We aim to inspire, challenge, and captivate.

SuperFilms! was founded in 2012 by Michael Barnett and is located in Los Angeles, California. 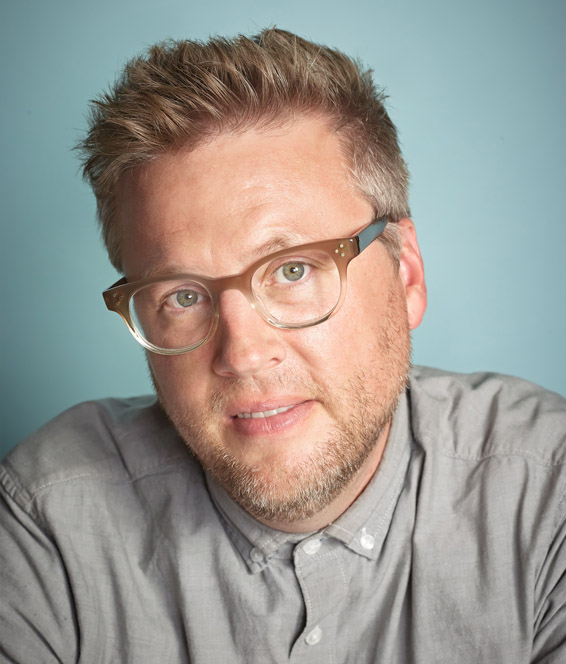 Michael Barnett is an Emmy Award winning filmmaker focused on telling human stories of culture and social justice. Michael’s first full-length film, Superheroes (HBO Documentary Films) won over a dozen film festivals, and was nominated for multiple Emmys. Other award winning films include; Gore Vidal: The United States of Amnesia (IFC and Sundance Selects), Becoming Bulletproof (Showtime), winner of over 25 Best Doc/Grand Jury/Audience Award prizes at film festivals around the globe, and The Mars Generation (Netflix Originals), one of the 2017 Sundance Film Festival opening night films and nominated for Best Science and Technology Documentary at the 2018 Emmys. Michael is a worldwide cultural diplomat with the U.S. State Department and the American Film Showcase and is the founder of SuperFilms!, a Los Angeles based production company focused on telling extraordinary stories across all media platforms. Michael’s newest film, Changing the Game, is about transgender high school athletes who challenge the boundaries and perceptions of fairness and discrimination. It premiered at the 2019 Tribeca Film Festival.

Clare Tucker is an Emmy Award nominated documentary film producer. Her career began in television where she produced hundreds of  hours of television for NBC, Discovery, Tru TV, MTV, Adult Swim, Travel Channel, Fuse, VH1 and Bravo. In 2015 Clare turned her attention to documentary film producing with, The Mars Generation (Netflix Originals), one of the 2017 Sundance Film Festival opening night films and nominated for Best Science and Technology Documentary at the 2018 Emmys. Her follow up film, Above and Beyond: NASA’s Journey To Tomorrow (Discovery) is a documentary that takes an informative and engaging look at how NASA has not only reached out into our solar system since 1958, but has also revealed the changing state of our home planet. Clare is the Head of Production of SuperFilms!, a Los Angeles based production company focused on telling extraordinary stories across all media platforms. Clare's most recent film, Changing the Game, a film about transgender high school athletes, had it's 2019 premiere at the Tribeca Film Festival. Clare also travels the world extensively as a cultural diplomat with the U.S. State Department and the American Film Showcase.

Jess Berry is an actor, writer, producer, and graphic designer. With an extensive background in advertising, Jess began her career leading global and national creative campaigns at Leo Burnett/Arc Worldwide Chicago. After an eight-year career in advertising, Jess shifted her focus from telling brand stories to telling human stories and transitioned to an actor full-time. Her professional acting career began on stage, working with the prestigious Goodman Theater. She later made her feature film debut in A Family Man, starring Gerard Butler. Other notable TV credits include For the People, (ABC, Shondaland), Chicago P.D. (NBC), and Chicago Fire (NBC). She currently brings her multi-hyphenate expertise to Superfilms! Media where she writes and produces. Jess's most recent film with Superfilms!, Changing the Game, is a feature documentary about transgender high school athletes. It premiered at the 2019 Tribeca Film Festival. Currently, Jess is in development on a short film she wrote, will produce, act, and make her directorial debut. She is also slated to co-write on Superfilms!'s upcoming narrative feature. She is a proud member of Women In Film (WIF), and is a select participant of the 2019 WIF Mentorship Program.

Michael has been working in the documentary world since 2010. He worked on the edit team of "Superheroes," "Fame High," & "Gore Vidal: United States of Amnesia." In 2015, he was an Associate Producer on "Becoming Bulletproof." Michael also helped edit "Holy Hell," which premiered at the Sundance Film Festival in 2016. He has been a Documentary Programmer at the Slamdance Film Festival since 2014.

Giulia Alexander is a production and administrative assistant with Superfilms!. She is a recent graduate of NYU where she focused on social justice studies, learning about socio-political issues, social movement, and activism. After college, Giulia worked for Zeno Mountain Farm, an organization that champions community for adults with and without disabilities through theater and film. It was through her work with Zeno Mountain Farm that she was introduced to filmmaking. After working on a feature musical starring an integrated cast and crew of disabled and non-disabled talent, she moved to LA to pursue the work of telling stories angled towards justice. She is currently in development on a short film she will co-produce.